During the weekend, ten exceptional teams worked dilligently for 24 hours on developing the idea of using advanced technologies for prototyping new options for a better life for the citizens, by inventing solutions for the urban pocket.

The presentation of all teams’ solutions showed that the mostly young hackathon participants are motivated, armed with knowledge from different areas, and above all, creative. Their suggested solutions can be applied to all urban pockets, not only in the City of Niš, but also outside of it, and the support for their solutions and work that is further provided by the City of Niš and the Science and Technology Park Niš is a safe guarentee for universal gain.

The winner of the “Advanced Technologies in the Service of Ecology” Hackathon is the 𝐳.𝐝𝐬𝐠𝐧 team!

The team that took first place will have support in building a prototype provided by the City of Niš and the main city planner with their team for the part of preparing the urban planning technical documentation, that is, the conceptual design. The city will aim for the rewarded concept to be realized during 2022, with the possibility of replicating it in other urban pockets in the city.

The second place was won by the Green Inovations team, while the third place was shared by BoraECOCO and the Kojot team.

We also congratulate other teams who took part in the hackathon with dilligence and dedication!

The hackathon was conducted by the Science and Technology Park Niš in collaboration with the Chamber of Commerce of Serbia, the City of Niš, and the Local Economic Development Office, all within the “Future Cities of Southeast Europe” project conducted under the auspices of the EIT Climate-KIC organization. 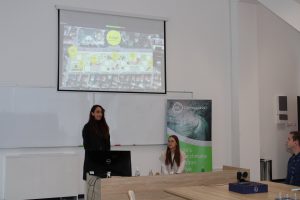 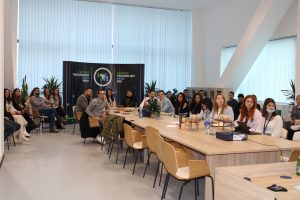